Halfway between Genoa and France, on Liguria’s “Palm Coast”, Loano is an ideal resort for both summer holidays and winter stays

A delightful place for a safe and friendly stay

Loano offers a sea of opportunities.

“Slow and rosy up from the sea rises the evening of Liguria, perdition of loving hearts and far away things. In the gardens the couples linger, one by one the windows light up like many theatres. Buried in the fog, the sea exhales its scent. The churches on the coastline resemble boats that are about to set sail.” (Vincenzo Cardarelli) 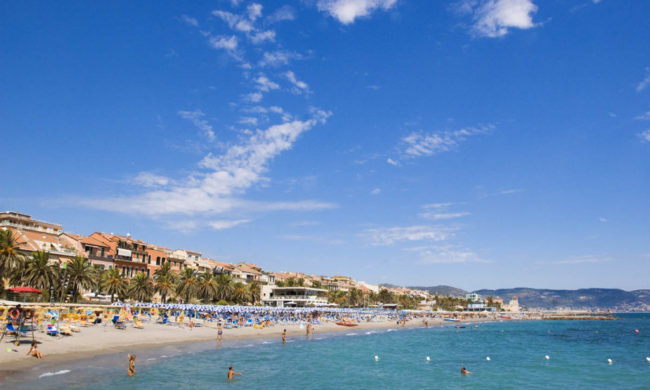 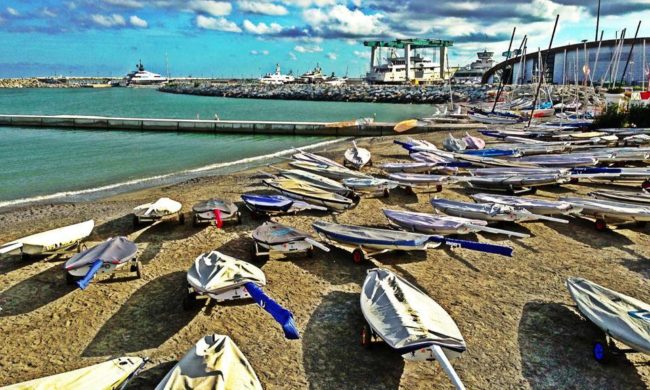 From the hill of Costino Monte Carmelo, the ancient Medieval village with the Doria family castle dominates Loano, a town of Roman origins. Whilst the city has developed around the coastal village, on the seafront Loano has maintained its characteristic houses lined along the sea – the palazzata and the caruggio (alleyway), the historical centre with its alleyways that weave together and open on to tiny squares.

Don’t miss the medieval houses of the old town, the prestigious palaces of princes Doria and numerous Tromp l’oeil decorations enriching many houses and buildings in the historic center.

Loano has a historical centre amongst the best preserved in the region, with great public works made by the noble Doria family: Palazzo Doria, now the Town Hall, Palazzo del Comandante, the surrounding wall and the church of N.S. della Misericordia, now the convent of Augustinian Brothers, which is an art gallery of valuable pieces from the 1500s.

In a side street that connects the old town to the seafront you can observe the Passorino arch, built in the times of Giovanni Andrea I Doria which is one of the four doors that open in the city walls and closes the main road on the Western side. In 1774 a tower was added, decorated with the coat of arms of the House of Savoy and a clock, which is why it is known as the Clock Tower.

The city of Loano is twinned with the city of Francheville (in the metropolitan area of Lyon) in France in the Auvergne-Rhone-Alpes region and this year celebrates 20 years of this alliance. On the occasion of the expansion of Loano Port the twinning was officialised by entitling the main dock “Loano- Francheville dock”.

The city offers services, green spaces, sports facilities of every sort, a monumental historical centre and interesting villages inland. Try running in Loano – there are wonderful routes along the sea and in the countryside and many other outdoor sports and guided horseback excursions in the beautiful nature of Liguria.  There are many interesting shopping opportunities with typical local products on offer and craft items. Plus you cannot forget the pleasure of traditional Ligurian cooking and the many leisure opportunities making your stay enjoyable. 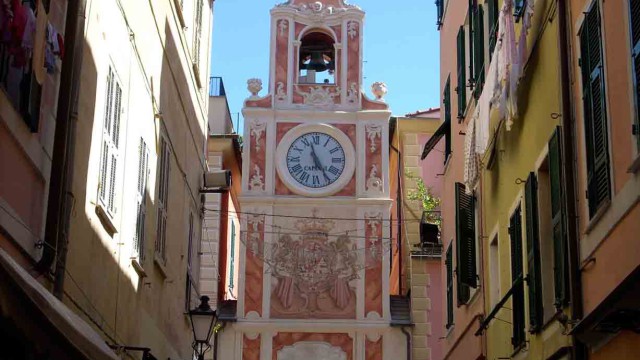 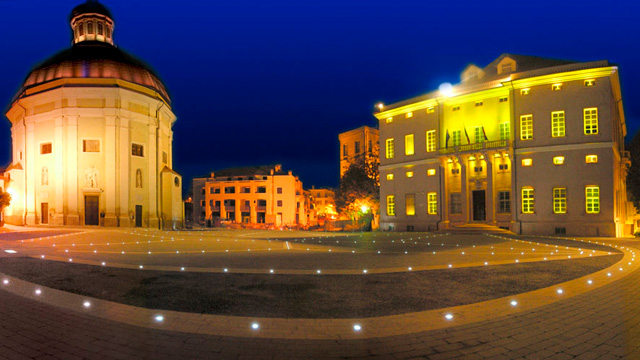 Part of the pleasure of staying in Loano is the wonderful food on offer in the many restaurants and hotels – simple dishes such as Trenette al Pesto, long homemade pasta served with delicious fresh basil, olive oil, garlic and pine-nut sauce, or Pansotti (pasta stuffed with herbs and ricotta) or the famous Torta Pasqualina, a coarse pastry pie containing herbs, borage, eggs and onions. Vegetables here are stuffed and oven-cooked: zucchini, onions, sweet peppers have a simple potato, parsley, basil and garlic filling.

There are plenty of restaurants in which to try a wide variety of fish dishes. Desserts that must not be missed include Biscette, hazelnut, flour and sugar sticks, the tasty Baci di Cioccolato or “chocolate kisses”, Pan del Pescatore (Fisherman’s bread) and Sorrisi di Loano (Loano smiles) made by blending hazelnuts and white chocolate and dipping the lot in dark chocolate, then rolled in praline nut sprinkles – mmmm!

Another local speciality is chinotto – a drink is made from the ornamental plant of the same name, once common to the countryside around Savona. Chinotto is still found in Liguria, although limited in its cultivation and particularly concentrated on the Western Riviera. Imported from China in the 1500s, this bright green citrus fruit has a bitter taste when raw, but when candied or conserved in syrup is delicious, so much so that it is recognised by Italian gourmet stamp Slow Food. It is also used in beauty products such as soap and perfumes. In the 19th century chinotto became part of Savonese confectionery production, adopting a French recipe which was then further improved with the long and laborious process of candying, launching the product on the Italian and European markets. Together with the candied version, chinotto conserved in Maraschino was popular and its consumption grew, reaching its apex in the 1920s. In particular the chinotto jar, in its classical rounded form, was a popular gift and it is traditional to offer the green citrus fruit in a liqueur glass at parties and Christmas. In recent years, to avoid the disappearance of this historical confectioner’s skill, Slow Food has brought the use of chinotto back to the fore, with new productions such as chutneys, and soft amaretti to win over the market and keep chinotto a “Souvenir di Savona”.

In the port of Loano, await the boats returning from night fishing every morning on the fishing quay and watch the local fishermen selling their catch on the dock! You can buy excellent fresh fish and experience the authentic local life. Bream, mullet, squid, tuna, anchovies, sardines….

Of course Ligurian dishes are traditionally accompanied by crisp local wines such as whites Pigato doc and Vermentino doc and Rossese d’Albenga doc and you can visit local wineries. Loano is also near to the international culinary mecca of Alba in nearby Piedmont with its braised meats, hazelnuts and world beating red wines. 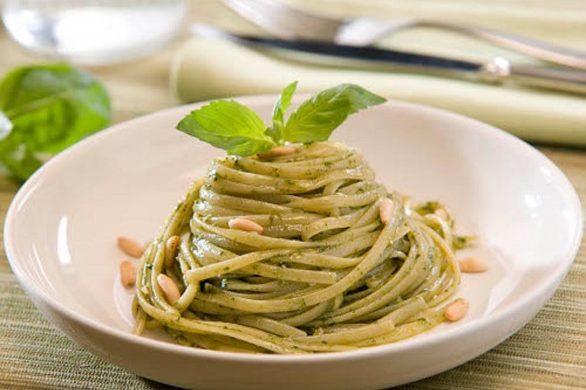 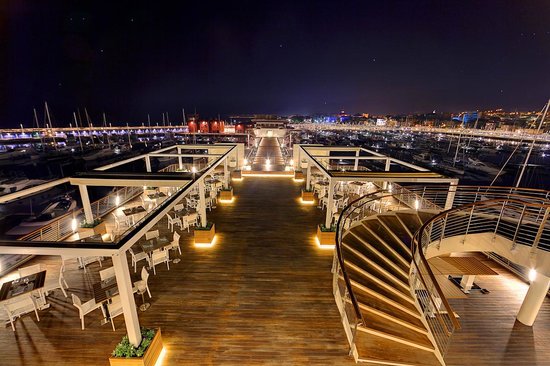 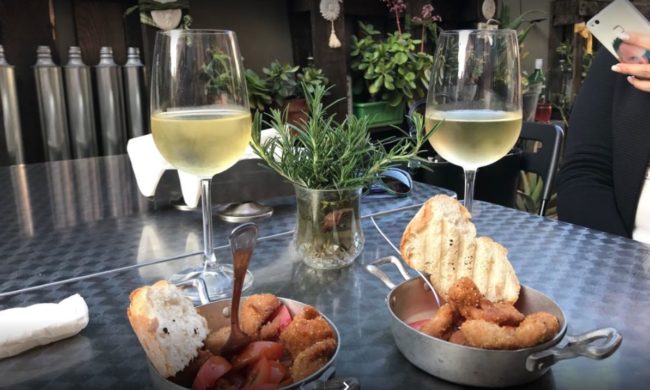 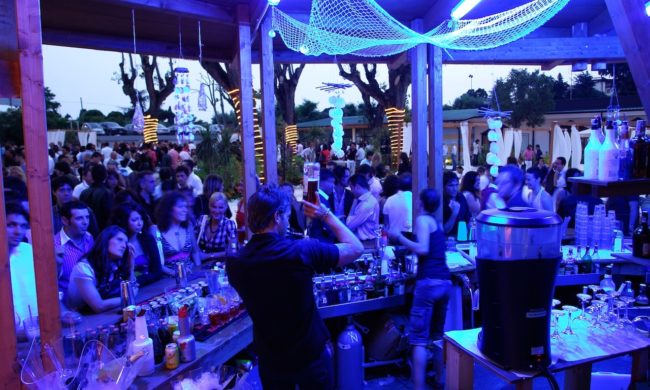